Episode 45: The Real Dangers of Overworking 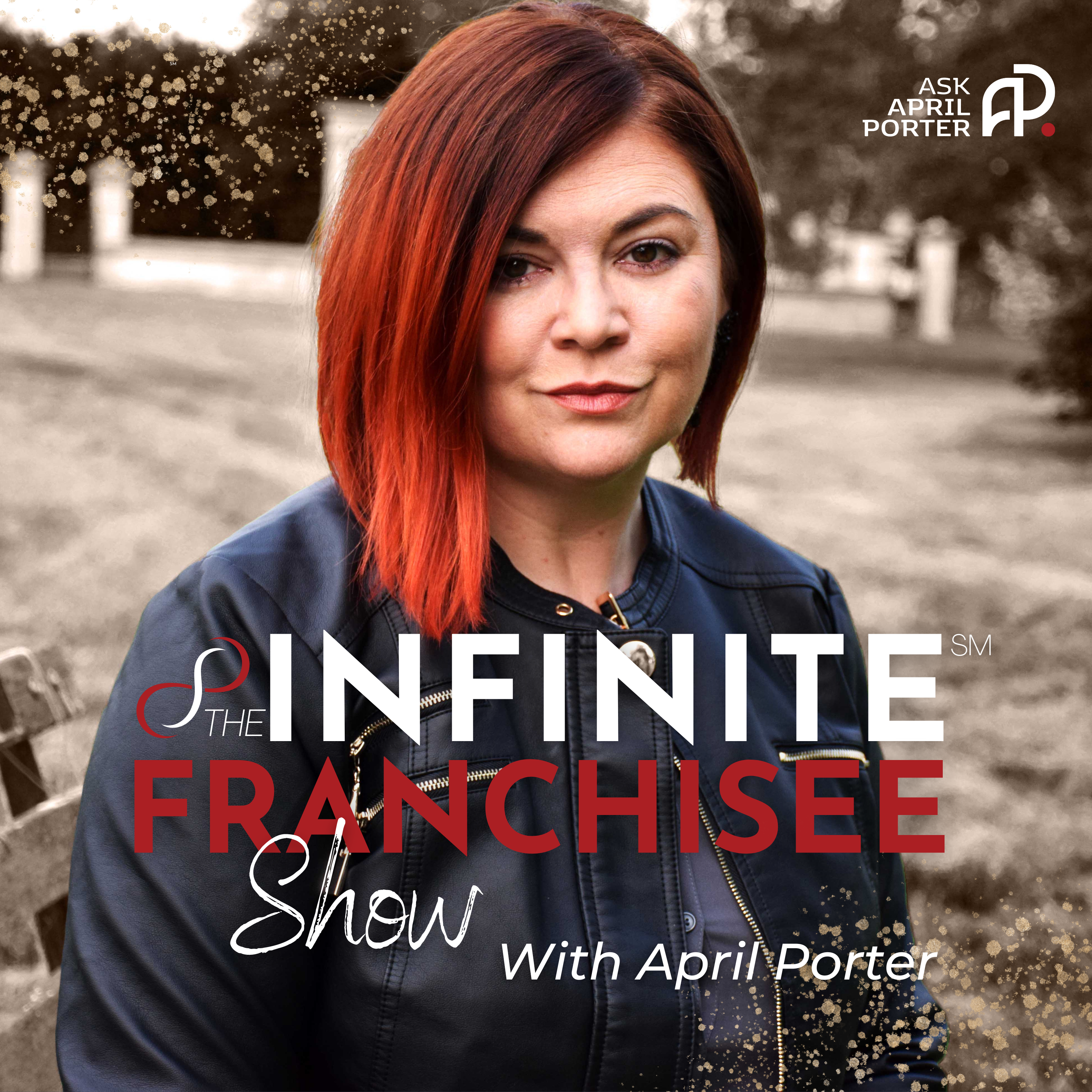 Be on the waitlist for our latest upcoming programs. Click the link below! https://www.askaprilporter.com/aap-program-waitlist

Have suggestions for the podcast? Or just questions in general? Email me at team@askaprilporter.com

Prefer to read what we talked about in the episode? Read below!

Today we're talking about the real danger of overworking. Now, you might think this is going to be a conversation about personal care and me time. And while those are important things, we're not talking about that today. Why? Because those are the obvious dangers of overworking. Everyone knows that if you're working too many hours, you're probably not exercising, you're probably not getting enough sleep. And you may even be skipping meals, you're obviously not taking care of yourself if you're overworking because you haven't figured out yet how to have a balance between your work life, and all the other things that make life on this earth fulfilling. So that's the obvious danger, we're gonna dive deep, deep deeper into the less obvious dangers, but the ones that are going to have the greatest impact on us long term. See, this is a slippery slope. And it really starts with burnout. Usually, business owners recognize the burnout, but they don't really know what to do about it.

And so they know they're working too many hours. They know they're not really getting enough sleep. And the excitement that they first felt when opening the business has worn off. It's not as much fun as it used to be to dive in and to put their whole mind, body and soul into the business. They recognize they're starting to feel burned out. But yet, they don't know how to pull back, they don't have a solution for working less hours and continuing to move toward their goals. In fact, many of them at this point, many of you at this point, may have realized that despite all the hard work you're putting into your business, you're not moving any closer to your goals, or you're moving at a snail's pace, which only makes the burnout feeling more intense. But burnout isn't the end all be all of the problems. Next comes your mental health. When owners are in this area of burnout, and they're not seeing their efforts pay off the way that they thought they would. Many times they start to fall into feelings of self doubt, they begin to have less self worth, or even feeling unworthy, they begin to worry about letting their loved ones down and losing the things that are most important to them, their material possessions if they put their house on the line to start this business, or they took out a bunch of debt to start this business. So now there's this constant state of worry. And of course, that's gonna make your cortisol levels go up. And living in a state of stress all the time is not good for your body, your mind or your soul. But this is also plagued with the fact that many times they look very successful to the outside world. So their friends and their sometimes even their family, sometimes even the people who live in their household believed that the business is going really well. Because on the outside, it looks great. When people walk into the store, it's clean, the employees are friendly, the products are good. And they see like, wow, you must be doing really, really well.

Congratulations. This only puts more pressure on the business owner, because the business owner knows the truth. The business owner knows that behind the curtain, everything is chaos. And so they feel like a fraud. And worse, they have no one they can talk to about this. They can't tell their friends Oh, it's actually not going that great. And I'm stressed out all the time. And I'm overworking and I'm worried and every month I wonder how I'm going to pay payroll. And I don't want to tell my wife that because I don't want her to worry. And they don't tell their wife or their spouse. That reality either because they don't want that person to worry. And sometimes they don't even want to tell their business owner friends, because from the outside of those friends, businesses, it looks like the friends are doing great. And so they don't want to admit to struggling to someone who seems to have it all together. So when a business owner is in this spot in life, it can be a very, very lonely place, it can be very, very stressful, and hope can start to slip away. But unfortunately, this isn't even the end of the spectrum. This isn't the place where it gets really bad. What happens next is the true danger of overworking. And that's where your relationships begin to fail. You've stopped confiding in your friends, because all you think about is business and you don't want to give them the peek behind the curtain. Also, that's all that's on your mind. So while they might want to talk about the softball league they're in or the kids in school. You feel disconnected from those conversations because you're sitting there worrying about what you should be doing for your business, instead of relaxing with your friends, the same thing in the household, maybe you're overworking so much that you're missing out on your children's activities, you're having to show up late for baseball games or miss them altogether.

Maybe there's a burden on your spouse to do everything with the kids while you finish up at the business, maybe you're coming in late, and you're not feeling intimate with your spouse anymore, because you're so tired. Or maybe when you are talking, all of the conversations revolve around the business. Maybe your spouse is tired of talking about the business and wants to talk about other things. And so they walk out of the room, or they don't seem receptive. When you're trying to have conversations and get all of the frustration and the chaos that's bouncing around inside your head, you need to get it out verbally. And they're unreceptive. This is the biggest danger of overworking that relationships begin to fail. And that's why the statistics indicate that divorce rates among entrepreneurs are between 43 to 48%. That's according to the business woman media. Now, this is higher than any other group based on those numbers. That's pretty scary. That's pretty telling too. The strain that owning a business can have on a marriage is unparalleled by anything else. So how do you make sure that you don't wind up a statistic? Well, it's not trying to save your marriage, once you’ve ridden this slippery slope all the way to the dark side. Instead, it's about being proactive, taking a look when you start to feel this first tinges of being burned out and doing something about it, then but even better, would be going into business ownership, understanding this danger of overworking and finding out how to change your habits. So that you can begin running your business from the beginning. Without setting yourself up in this pattern.

That means getting new skills and new strategies 99% of the time. Why? Because as we've talked about here on this podcast, and in my other content, if you've been watching Facebook Lives, or LinkedIn, or anything like that, you're going to have heard me say this many, many times. But the majority of people getting into franchising, that are owning their very first business are coming from the middle class, the middle class is pre programmed their entire lives to be employees, and also to have deep rooted beliefs, that the only way to make more money is to work harder. Now, it's these deep rooted beliefs that keep people trying to answer the equation of how do we actually reach our goal with “I must need to work harder, I must need to work longer”. The wealthiest people in the world are also the people working the least hours. So that equation has been proven false time and time again. But yet, people coming into business ownership for the first time, don't know any other way to operate. And so this is something that isn't talked about enough, particularly on the front end of business ownership. The reason it's so important to talk about it, then is by the time you're already feeling burned out, it's difficult to muster the energy, the focus, and the desire to put in the additional work that is needed outside your comfort zone in order to flip into effective delegation, leadership development, and strategic thinking with new perspectives in order to pull yourself out of it. To do all three of those things, that requires learning new skills, and it requires making a shift in your activities, which requires energy. And at the time that you're already burned out. It's difficult to find where to pull the energy from in order to write the ship because the excitement at that point is gone. So you're not going to pull it from pure passion over the business, you've got to find a place to pull it from.

So today's lesson is a little bit of a downer, to be honest. But there is hope there is hope everything can be fixed. It's about self awareness, and if we're really being honest with ourselves, so right now if you're feeling completely overworked, and you're starting to feel as tinges of burnout, or maybe you've actually waded into the waters of burnout, and you're in the throes of it, don't despair, you can turn this thing around, and you can find that freedom as a franchisee that you've been looking for. The first step again, is self awareness. And the second step has to be a new and inspired commitment to do what it's going to take and to change what you're doing now in order to overcome it. So I would love to hear your thoughts, ideas and comments on this. Now, if you want a really quick way to get some insight on what should you be doing, how can you make this transition? And as always, if you have other questions, just ask April Porter.

It's about time that the word "job" hangs up its hat and retires. There is a good reason behind this too! Listen in to learn why the word job leaves...

Episode 84: Marketing Gaps to Avoid in 2023 and Beyond with Lauren Seiler

At Ask April Porter our business is built on filling the gaps in the franchising industry. Joining me this week is a very special guest, the Director...

Why do franchise systems fail? April is talking about it from the perspective of why do new franchisors never make it over the hump to actually be...